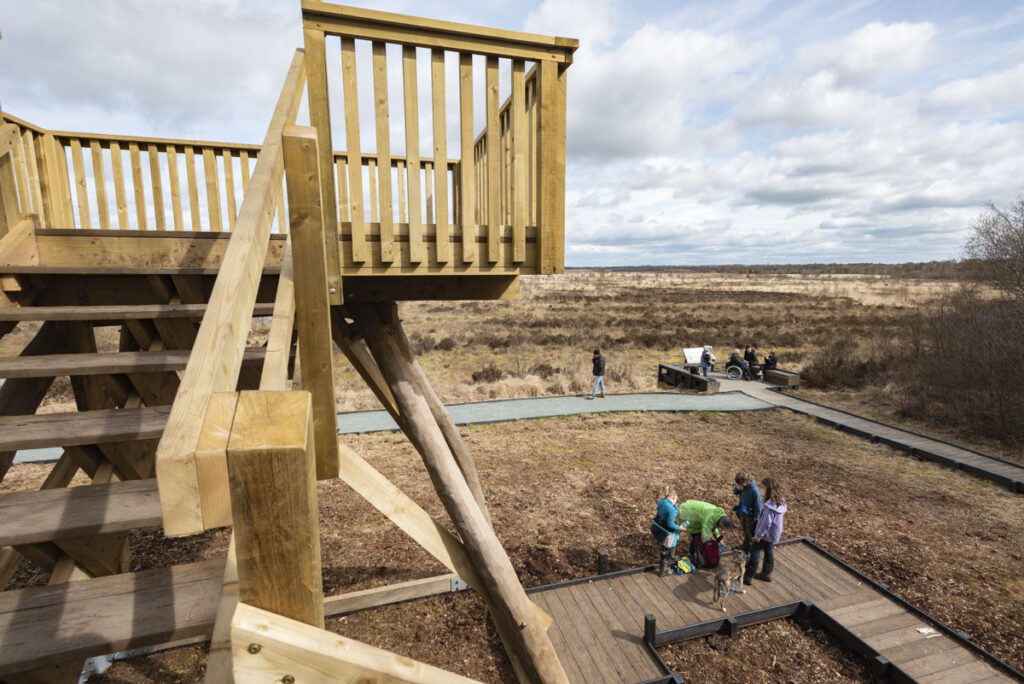 On May 5th, the Marches Mosses BogLIFE Project was given two awards during the West Midlands Institution of Civil Engineers (ICE) awards. Presented by ICE president Ed McCann and West Midlands regional chairwoman Vicky Bache, one was the Sustainability Category award, and the other was the Project of the Year award. Midlands regional director Jo […]

On Thursday 7th April, a team of Natural England staff and volunteers managed to plant 8000 plugs of Cotton Grass in an effort to restore the bog habitat of the Fenn’s, Whixall & Bettisfield Mosses. This has been undertaken as part of a larger multi-million pound project called Restoring Marches Mosses BogLIFE. Funded by an […]

Visited the Mosses Lately? Help us by completing our Visitor Survey.

The Mosses at Dawn. Credit: Stephen Barlow Have you visited the Mosses lately? Been up to the Tower, out on the marked trails, walked up the lane to see the new bird hide on Sinker’s Fields? If so, you can help us to mark our progress in the regeneration of the Mosses by completing the […]

Countryfile Revisits the Former Scrapyard on the Mosses

If you watched Countryfile on Sunday 27 February, you saw a quick update on the former scrapyard on the Mosses. We’d like to fill you in on the work that’s been done since Countryfile visited in 2016. As you saw on the broadcast, the six acre scrapyard operated on the edge of Whixall Moss for […]