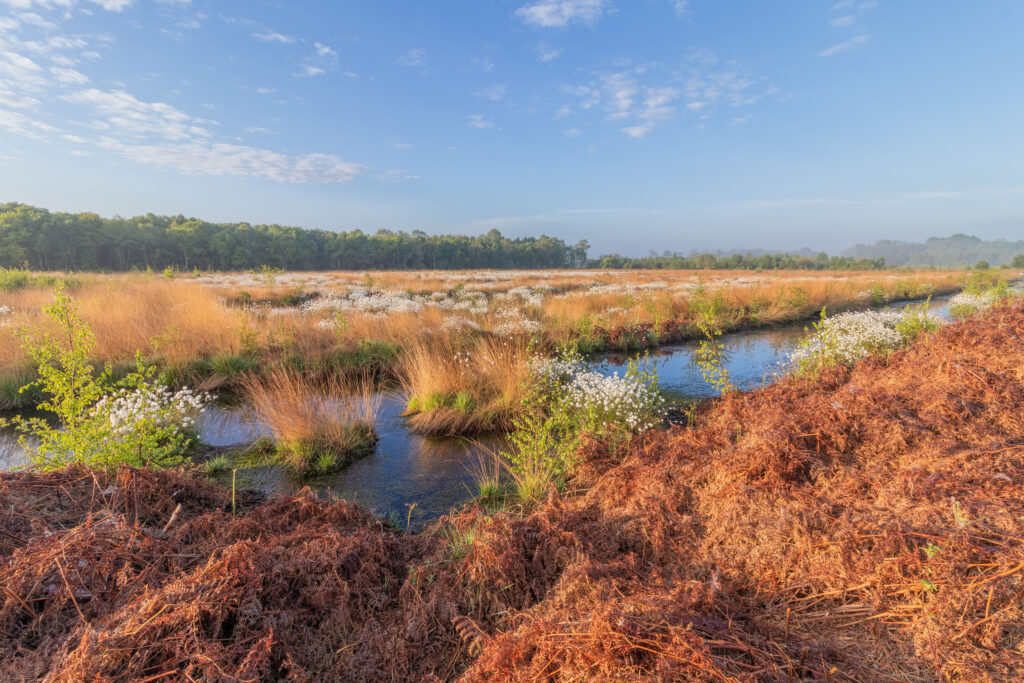 The BogLIFE project to restore the Marches Mosses is an outstanding example of nature recovery in action. You can read more in the following articles about the work being done to regenerate healthy peat on the Mosses, which helps in the fight against the climate crisis.

This will store carbon as new peat can form, as well as help prevent carbon escaping into the atmosphere as CO2, which occurs when peat is either left to dry out of is cut for various reasons, including being incorporated into garden compost.

So Big You Can See it From Space

The Mosses cover 2,500 acres in north Shropshire and northeast Wales. The area is so large that you can, indeed, see it from space. You can read more about that here.

Tony Juniper, the Head of Natural England, visited the Marches Mosses in August to see the work of the BogLIFE team up close. You can read about his reaction to the work being done here.

Re-creating Peatland on the Mosses

The BogLIFE team are working to restore eight acres of peat that has been covered with turf for decades. On the edge of Whixall Moss, the re-opened peatland is being planted with new Spaghnum moss. You can read more about the project here, with an update here.