A peatbog is reborn 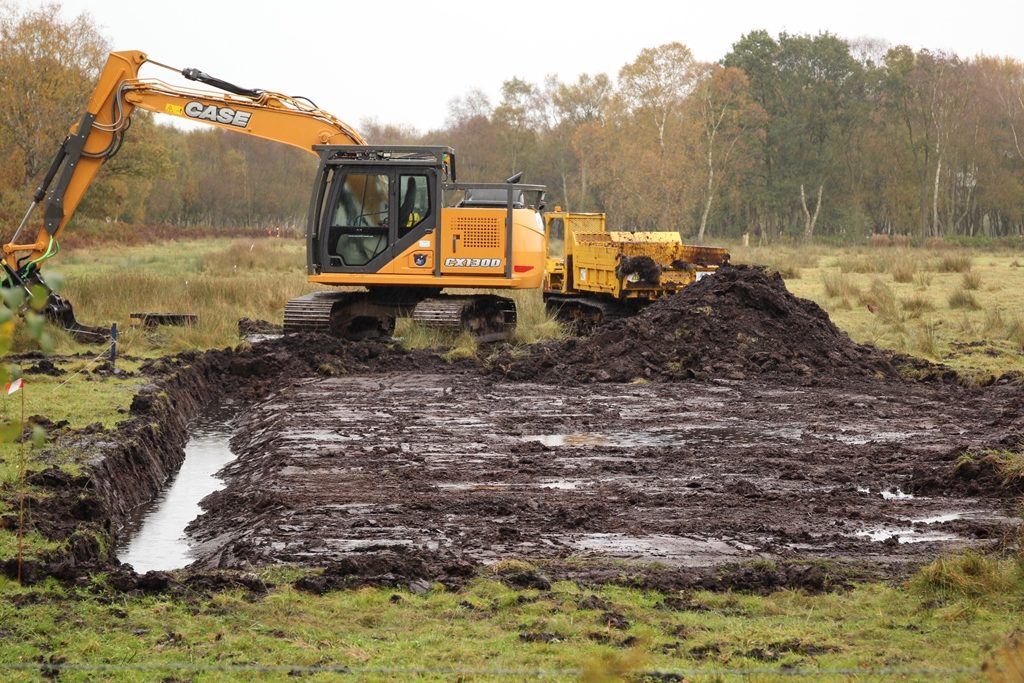 Nine acres of former peatbog are being restored at Fenns’ Whixall and Bettisfield Mosses National Nature Reserve, as part of a trial new high-tech process will help to create new peatbog habitat on the Marches Mosses. Healthy peatbogs are vital in the fight against the climate crisis.

Formed over 12,000 years ago and hidden away under grassland for decades, parts of one of the rarest habitats on earth are being reborn using a futuristic technique. The Marches Mosses BogLIFE Project team that is regenerating the peatland habitat at Fenn’s, Whixall and Bettisfield Mosses NNR in northern Shropshire and North Wales will re-establish nine acres of bog on land adjoining existing peatland in the Special Area of Conservation (SAC).

The land, at the edge of Whixall Moss, was  peatbog until the 1970s. Peat cutting and drainage took its toll and the peat dried  out. Grass and other plants grew over the peat. The area was used for grazing until recently, but this has now become uneconomic. To return the  fields to living peatbog the top layer of turf is being removed to reveal the underlying peat. This will help to protect the central area of Whixall Moss as well as adding to carbon storage, which peatland does better than any other habitat.

The cornerstone species of a peatbog is Sphagnum moss. The Natural England team will use a high-tech method of planting Sphagnum. They will plant Sphagnum that is being grown by BeadaMoss Micropropagation Services from small amounts of bog mosses taken from other areas of Whixall Moss to replicate huge amounts of the Sphagnum.

Robert Duff, Natural England Project Manager for the Marches Mosses, summarises the process this way: “Our aim is to restore this land to healthy bog habitat by using a cutting-edge technique developed by BeadaMoss and never before used as part of the process to revert grassland to healthy living bog. Planting bogmoss in this situation is an important trial of this approach.

“To do that, we looked at the Sphagnum species best suited for these fields. BeadaMoss took some 20 strands of each of these from Whixall Moss and are growing them on sterile material to yield large quantities of seedlings. We’re using this approach, rather than allowing the peatland to regenerate in its own time, to accelerate the growth process and establish the bog quickly.”

The new moss  will arrive in the form of ‘hummocks’ of Sphagnum, each about the size of a tea mug. It will take some 150,000 of these hummocks which will be planted by hand in the newly revealed peat. After the Sphagnum is planted, the new bog will be covered with a ‘nurse crop’ of cotton grass and a mulch of dried straw.

Robert Duff continues, “We can share the results of these important trials with other peatland managers. Increasing the area of healthy peatland will result in additional carbon capture, vital in the fight against the climate crisis we face. In addition, I believe trialling this cutting-edge technology can be an additional source of pride for people in the area around Fenn’s and Whixall Mosses, who already feel a sense of ownership in the this internationally important site.”

The turf that is removed from the site of the new peatland is not going to waste. It will be used to cover contaminated areas of the former scrapyard on the edge of Whixall Moss. The Marches Mosses BogLIFE team will be re-wilding this brownfield site to allow bog edge woodland to develop. 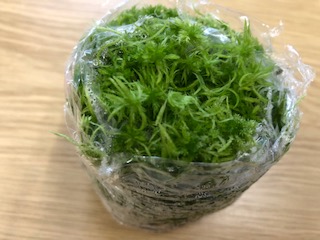 Visitors can explore a variety of trails at Fenn’s, Whixall and Bettisfield Mosses. They are perfect for an autumn walk and to experience the tranquillity and the big, open sky of the Moss.

The Marches Mosses – Fenn’s, Whixall, Bettisfield and Wem Mosses – make up the third largest lowland raised bog in Britain, a Site of Special Scientific Interest and a European Special Area of Conservation. This peatland was formed over 12,000 years ago when Sphagnum moss began to grow in the wetland formed by the retreat of glaciers. The Sphagnum acidified the water, stopping the decay of plant remains. These built up like a sponge to form the raised expanse of the peatmoss, with the pickled water creating an environment suitable for the unique combination of plants and animals that thrive here.

Peatlands depend on retaining rainwater for their existence. The Marches Mosses began to collapse when the bog was drained over several hundred years, the dried peat was cut for fuel and agricultural and horticultural use, and the edge habitat around the Moss was turned into farmland. The decay of the peat meant that carbon that had been stored for millennia was being lost and by the late 1980s the Mosses were badly damaged. 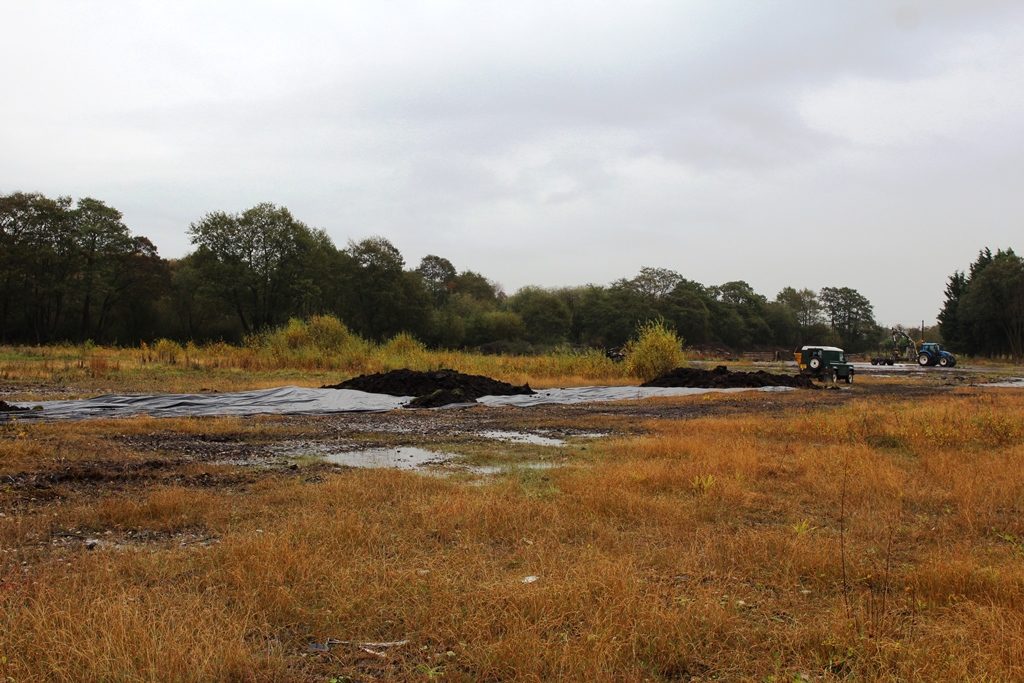 Global peatlands contain at least 550 gigatons of carbon, more than twice the amount of carbon stored in all of the earth’s forests.