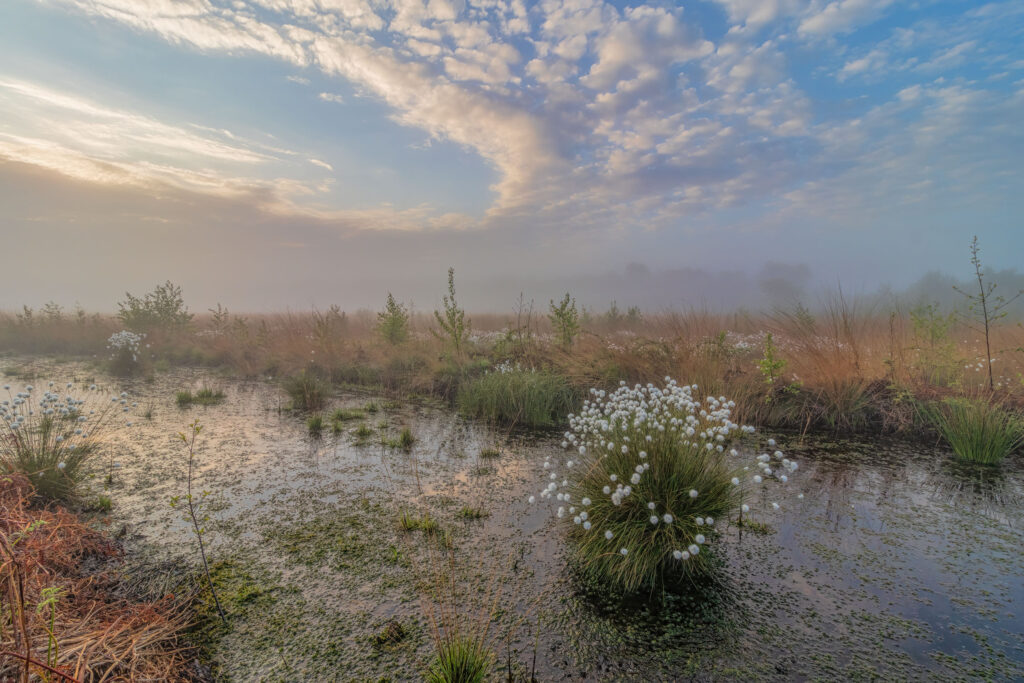 As part of the final year of peatland habitat restoration work under the Marches Mosses BogLIFE project, tree works are planned at Bettisfield Moss, beginning on Monday 10 January 2022. The works are planned at the southeast band of trees trees around the edge of the Moss, near the World’s End car park.

The work will be done by a reputable contractor and should take two to three weeks. The World’s End car park and the walking trails will remain open. Please feel free to go for a winter’s walk on Bettisfield Moss but do keep safe and follow any notices about the tree works.

Why are we doing this work? The aim, as far as possible, is to keep a substantial band of woodland and tree cover along the edge of Bettisfield Moss. At the same time, we want to enable the deep carbon-rich peat the underlies the area to be kept wetter to protect the peat. This will keep the bog habitat in the centre of the Moss wetter and also reduce the release of carbon dioxide from the currently drier peat beneath the band of trees.

What will happen? A series of linear corridors, each about 8 metres wide, will be created by selective removal of trees through the tree canopy. This will enable access for machinery in February to ‘repack’ the degraded peat soil to create linear peat ‘bunds’. The bunds help slow the flow of the rainfall from these areas and generally give rise to a higher water table on the Mosses. The works will be sensitively marked out by National Nature Reserve staff. In addition, some thinning works will be carried out to create a habitat link to Shropshire Wildlife Trust fields along Moss Lane.

How can you find out more? You can read more about the reasons for these works in a previous Meres and Mosses post here.