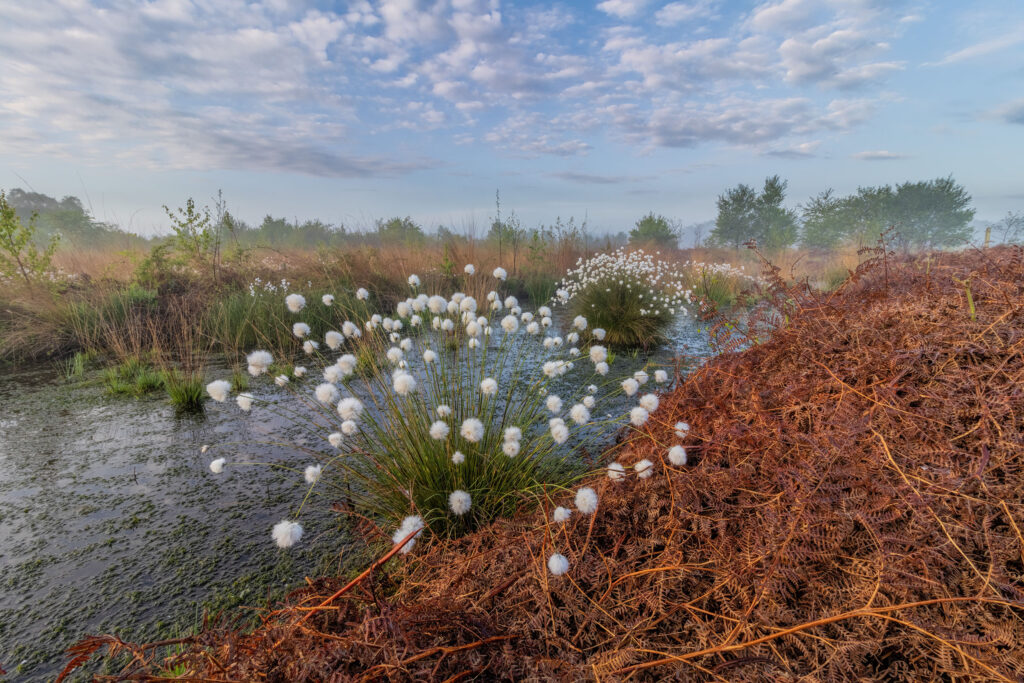 The changing environments of two of the world’s internationally recognised wetlands are under the microscope in an exciting collaboration between artists, land managers and environmental specialists in the UK and Australia.

The project, called Mosses and Marshes, has newly been awarded a grant from Arts Council England. It questions how we think about – and value – natural environments through works centred on the raised peat bogs of the Fenn’s Bettisfield and Whixall Mosses NNR on the border between England and Wales and the iconic Macquarie Marshes in New South Wales, Australia.

Combined with funding secured in Australia, the UK funding will allow the artists involved to create artworks and run events and exhibitions in their respective local communities, as well as nationally and internationally. The project will be launched via social media and project websites on World Wetlands Day, 2nd February 2021.

Andrew Howe (UK) and Kim V. Goldsmith (Australia) are co-leading the project exploring each unique site and environmental challenges we face on opposing sides of the planet.

Andrew Howe is partnering with Shropshire Wildlife Trust and Natural England as they carry out their peatbog conservation projects, including habitat restoration on the former scrapyard on the Mosses. Kim has been partnering with the Macquarie Wetlands Association, as well as tapping into the knowledge of various wetland and water management specialists to explore elements of the Macquarie Marshes.

The two lead artists were introduced to each other through the international remote collaboration organisation, Arts Territory Exchange in 2018. They have used scientific research, site visits and field recordings to develop ideas, exploring some of the more hidden values of the wetlands – values not often considered in the fight to preserve them.

Kim says, “Andrew and I use similar processes to explore sites, really getting to know both human and ecological perspectives by spending time there – while my focus is the use of technology to dig deeper into the landscape, Andrew is a walking artist working in a range of media. We’ve both been very interested in weaving the stories behind the wetlands into the works, drawing out the commonalities that often have to do with shared hopes for the future of these environments.”

The artists hope this will develop into a longer-term project, establishing a platform for future artist residencies. The first phase includes new artworks for public exhibition, workshops, walks and talks, and a project publication due for release prior to the first exhibition at Qube Gallery, Oswestry, in October. Australian exhibitions will follow in 2022.

The water vole declined by 90% in the 1970s in England, but is still found in many parts of the Meres and Mosses.

Explore the Mosses at Your Leisure