Spread of rare moss on Mosses shows the success of restoration 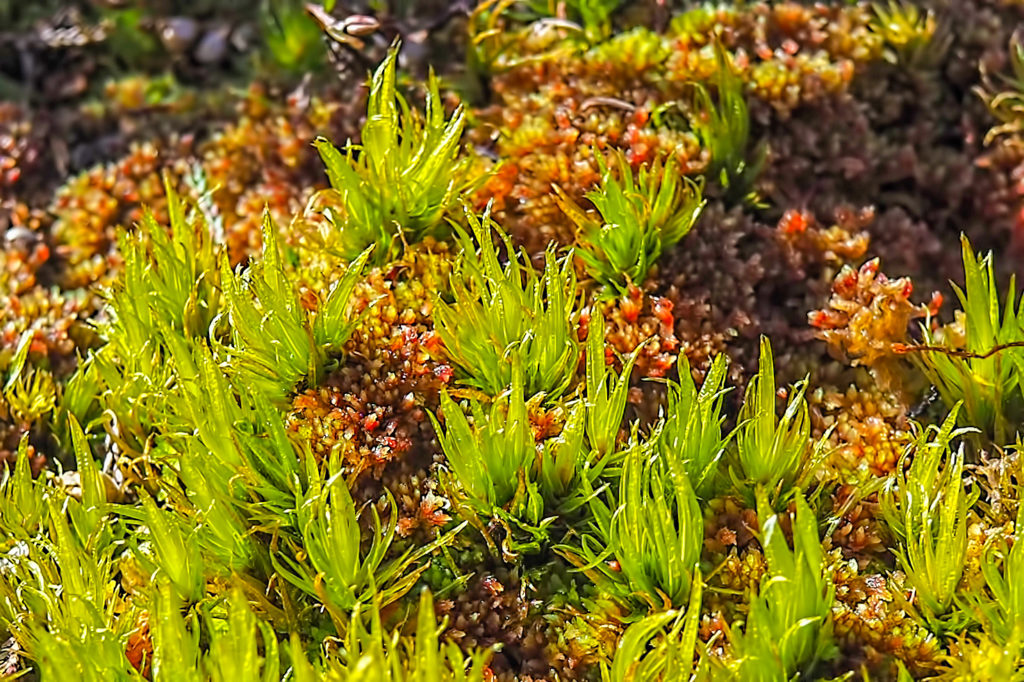 One of the rarest bog plants, the moss Dicranum undulatum, has been found on several sites on the Marches Mosses, which encompasses Fenn’s, Whixall and Bettisfield Mosses. The moss, commonly called Waved Fork-moss, was surveyed by noted Bryologist Dr. Des Callaghan, working on behalf of the Natural England /BogLIFE Project which is returning the Mosses to their original state. Dr.Callaghan’s work was published in the January 2020 issue of the respected Journal of Bryology.

Waved Fork-moss (Dicranum undulatum) is listed as “vulnerable” in the Red List of Bryophytes in England and “endangered” in Red List in Wales, due to the destruction and degradation of lowland peatlands. It was found in two places on the Marches Mosses – the Cranberry Beds on Whixall Moss and on Bettisfield Moss. These are the last remaining locations in southern Britain.

There are records of Dicranum undulatum on the Mosses as far back as 1863. Charles Sinker, who worked to raise awareness of the importance of the Marches Mosses, observed it on Cranberry Beds in 1959. It was recorded again in decennial bryophyte surveys in 1993, 2003 and 2013. Historically it is thought it would have been growing across the entire raised bog when it was intact – before commercial peat cutting began.

Dr. Joan Daniels, Natural England Project Officer for the Marches Mosses, explains: “We commissioned Dr. Callaghan to help us better understand the status of this species as it is an indicator of the health of the Mosses. The peat at the Cranberry Beds has never been cut but has been affected by drainage all around it. This was done for commercial peat cutting until the 1980s and, by 2013, Waved Forked Moss was left in only a few patches there. The peat cuttings have now been dammed up, water levels in the uncut peat have risen, and Dr Callaghan has found many more thriving hummocks of it now.

“At Bettisfield Moss, Waved Fork-Moss was growing on an uncut area surrounded by cut peat. Here the peat was much more damaged because, although peat cutting stopped there in the 1950s, the peat had become covered with conifers. These were removed in 2001 to stop them shading and drying out the peat.

“By 2013 the Waved Fork-moss was only surviving in two isolated patches. Dr Callaghan found a few more patches, indicating a spread after forest removal. The BogLIFE Project has dammed and bunded all of the peat cuttings and the edge habitat of the uncut peat around it. We hope that a similar large expansion of this very rare moss will now follow the new raised peat water levels, as it has on the Cranberry Beds.”

Dr. Daniels continues: “Why are we interested in tracking Waved Fork-moss? Being an indicator of a healthy, pristine bog, it is a sign of the success of our work to restore this internationally important peatland. We’ve done this by clearing forests and putting the bog water levels back where they should be – at the peat surface.”

The good news stretches far beyond the 2,500 acres of the Marches Mosses, however. The BogLIFE team are hoping to work with other lowland raised peat bog managers to reintroduce Waved Fork-moss in their peatlands. The moss is easy to grow once introduced, as it reproduces from detached shoot tips. The large clumps on the Cranberry Beds should prove ideal for this.

Once brought into an area, Waved fork-moss is dispersed by wind and passing invertebrates, birds and ground-nesting birds as well as by humans. For instance, it may well be that machinery tracking across the Cranberry Beds, when blocking old drains to rewet the peat, inadvertently helped to spread broken shoot tips across the Moss.

Robert Duff, Natural England Project Manager for the Marches Mosses, takes up the story to share the vision of a healthy Marches Mosses: “The aim of the team here is to have this species spreading across the entire Moss again, as it did centuries ago. It’s a sign of a thriving, healthy, high-quality bog. The recent results are a milestone in ongoing efforts to restore favourable conditions across the whole of Fenn’s, Whixall and Bettisfield Mosses.”

Regenerating the peat at the Fenn’s, Whixall and Bettisfield Mosses also aids in the fight against the climate crisis by storing carbon. Peat stores even more carbon per acre than trees do and reviving the peat creates additional depth of peat. Conversely, allowing peatlands to dry out releases that stored carbon into the atmosphere.

Visitors are welcome at the Marches Mosses. You might not spot Waved Fork-moss while walking on the trails around the Mosses, but you will see a huge variety of wildlife – plants and animals, birds and invertebrates – under the wide open skies of the expanse of Fenn’s, Whixall and Bettisfield Mosses.