Highest Rainfall on Fenn’s, Whixall and Bettisfield Mosses for Past Thirty Years 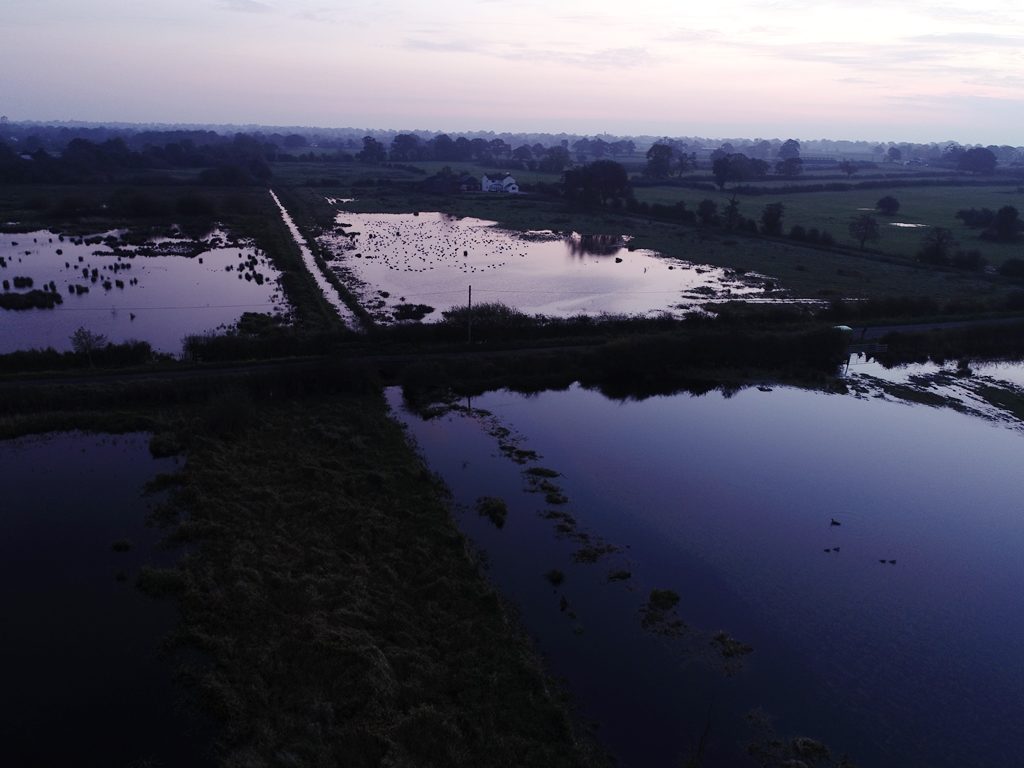 If you’ve been thinking it’s rained a lot lately, you’re right – last year was the wettest in recent memory and Fenn’s, Whixall and Bettisfield Mosses near Whitchurch and Wrexham felt it too. Gerald Moss, who keeps a nearby weather station, found that 2019 had the highest amount of rainfall in 30 years – 1080 cm (425 inches). Since the Mosses first became a National Nature Reserve in 1990, rainfall has been recorded every month. Looking back, the lowest rainfall was in 1991, when just 494cm (194”) of rain fell. That means the amount of rainfall in 2019 was twice the amount that fell when the NNR records began, showing how variable rainfall has become.

The changes at Fenn’s and Whixall Mosses, where huge variations in rainfall – from droughts in some years to floods in others – put more pressure on the rare, specialist bog plants that are basis for the ecosystem’s sustainability.

For instance, Sphagnum moss, the key species in peat generation and carbon storage, grows best in a steady level of about 10cm of water above or below the peat surface. Other plants, such as Purple Moor Grass (Molina caerulea) thrive in the fluctuating water levels experienced over the past decades on the Mosses, creating problems. Large expanses of Molinia have taken over the Mosses, shading the Sphagnum and generally making it difficult for the native bog mosses to succeed. Achieving a more consistent water level as a result of the peat restoration work being done at this rare habitat should lead to less Molinia and more Sphagnum.

The exceptionally high rainfall this winter has made the restoration work on the Mosses more difficult as well. Much of the work being done at Fenn’s and Whixall is to create bunds – low banks that capture rainwater in pools, helping to slow the flow of water off the Mosses to downstream tributaries. High rainfall can make it more difficult for the conservation team to work, slowing the regeneration of this internationally important environment.

Regardless of these record rainfall levels, rainwater is vital to the life of any bog. Fenn’s, Whixall and Bettisfield Mosses are a world-renowned example of the rare habitat that can only occur where rainfall is captured on peat. Being naturally acidic when aerial pollution is low, rainwater adds to the high-acid, low-nutrient environment that Sphagnum and other bog plants need to thrive and create additional peat.

Despite the rain, Fenn’s, Whixall and Bettisfield Moss are a great place for a walk; there is plenty of wildlife to see, even in winter. Dig out your wellies and come to the Mosses to experience the fresh air and wide open skies of this special, rare habitat. Just remember your umbrella!

The Marches Mosses – Fenn’s, Whixall, Bettisfield and Wem Mosses – make up the third largest lowland raised bog in Britain, a Site of Special Scientific Interest and a European Special Area of Conservation. This peatland was formed over 12,000 years ago when Sphagnum moss began to grow in the wetland formed by the retreat of glaciers. The Sphagnum acidified the water, stopping the decay of plant remains. These built up like a sponge to form the raised expanse of the peat moss, with the pickled water creating an environment suitable for the unique combination of plants and animals that thrive here.

In 1990 the peatland was acquired as a National Nature Reserve and restoration was begun. This has led to an increase in biodiversity as plants and animals that thrive in the boggy conditions return and repair of the peat has meant an increase in the store of carbon. Because peat stores more carbon than plants, trees and other types of soil, the Mosses are an important weapon in the fight against climate change