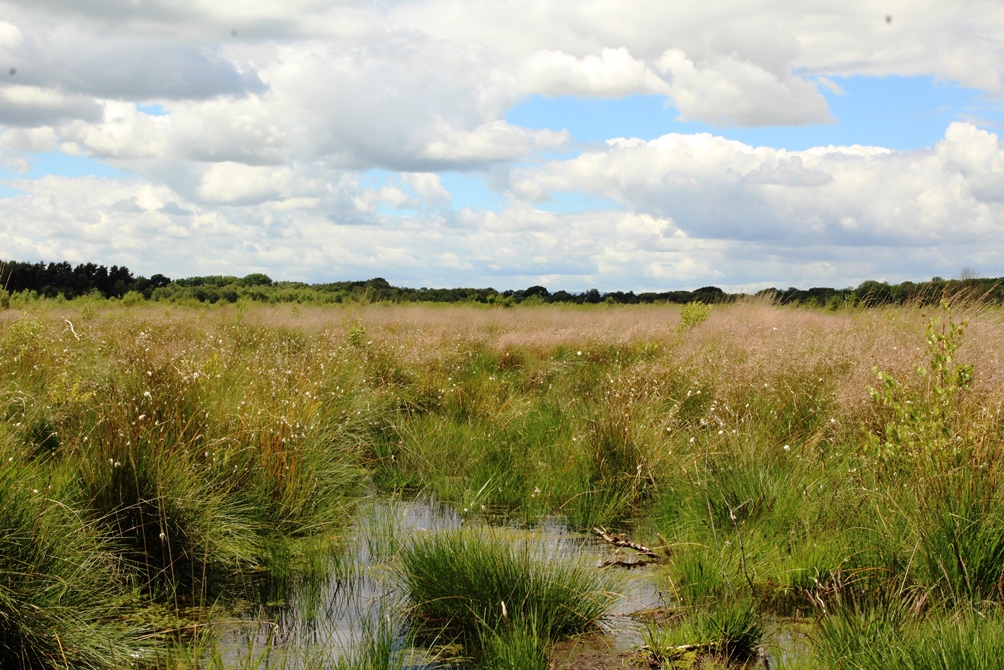 Note: Please be aware that the link on this page will take you to a third-party website.

Bettisfield Moss is a true picture of a lowland raised bog that has been rescued from the brink of extinction. It has taken work over the past thirty years, continuing today, to make Bettisfield Moss a national treasure and show what the rest of the Marches Mosses will look like as their regeneration takes shape.

The Bettisfield Moss Trail is a fantastic way to experience the mystery and beauty of the Mosses. Some twelve species of Sphagnum moss form the peat itself and bog plants such as cranberry and crowberry thrive in the acidic water of the peatland.  You’ll also see hare’s tail cotton sedge, a sure sign of a healthy peat bog.

Watch and listen for curlew, snipe and lapwing overhead and the occasional hobby in search of its next meal. In spring and summer, you may find the air full of butterflies – brimstone and large heath among them.

About halfway around the circular trail, you will come to a seating area and interpretation board alongside an open pond. A good place to sit and contemplate the expanse and big open sky of the Moss, the pond was created as a habitat for dragonflies, including including the white-faced darter, seen only on the Mosses.

The Marches Mosses are the third largest lowland raised bog in Britain, a Site of Special Scientific Interest and a European Special Area of Conservation. Formed over 10,000 years ago when Sphagnum moss and other plants began to grown in the wetland formed by the retreat of glaciers. These acidified the water, stopping the decay of plant remains. These built up like a sponge to form the raised expanse of the peatmoss, with the vinegar-like water creating a environment suitable for a unique combination of plants and animals that thrive here.

Peatlands depend on retaining rainwater for their existence and not allowing groundwater to enter the moss. The Marches Mosses began to collapse when the bog was drained over several hundred years, the dried peat was cut for fuel and agricultural and horticultural use, and the edge habitat around the Moss was turned into farmland. The decay of the peat meant that carbon that had been stored for millennia was being lost and by the late 1980s the Mosses were badly damaged.

The trail is 2 km long, taking about an hour to walk and is marked by arrowed posts. Along its length are carved signposts indicating some of the iconic wildlife species you might see on your walk. The trail is level and easy to walk but often wet, so remember to wear wellies or boots. The trail starts at the World’s End car park near Bettisfield village. You can find the trail brochure in the box at the car park, or you can download it here: http://publications.naturalengland.org.uk/file/6258210805645312 Part of the trail incorporates a section of the Shropshire Way path. 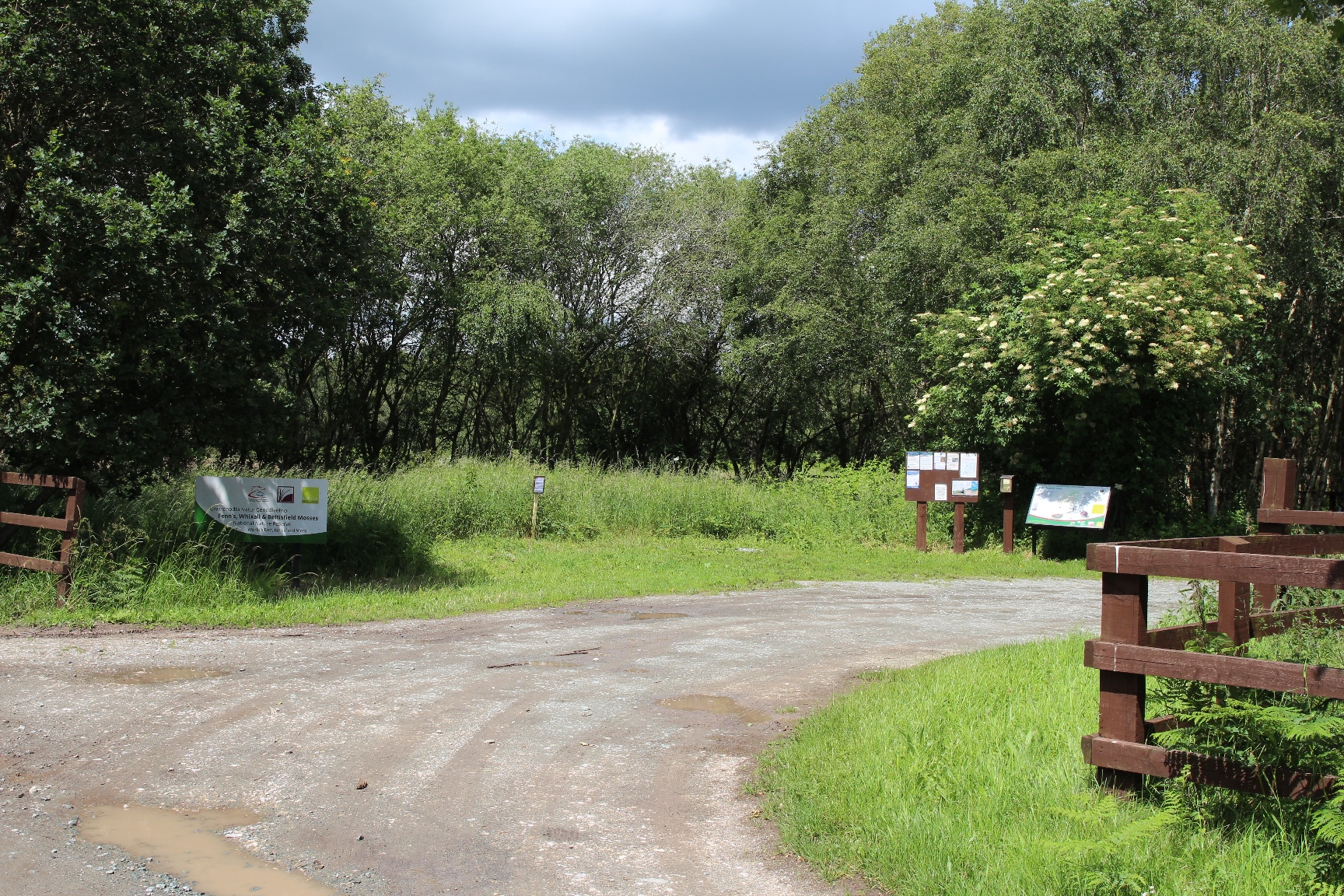 There are at least 26 species of dragonflies on the Marches Mosses.